The Boston Red Sox continued their streak of dominance Sunday night after a 7-4 win over the Kansas City Royals. They have now won six in a row and have swept their last two series.

Over that span, they have outscored opponents 50-20 while crushing seven home runs in that. Those seven home runs include Mookie Betts 100th career home run on the third pitch of Friday’s game. J.D Martinez hit his league leading home run in the same game. 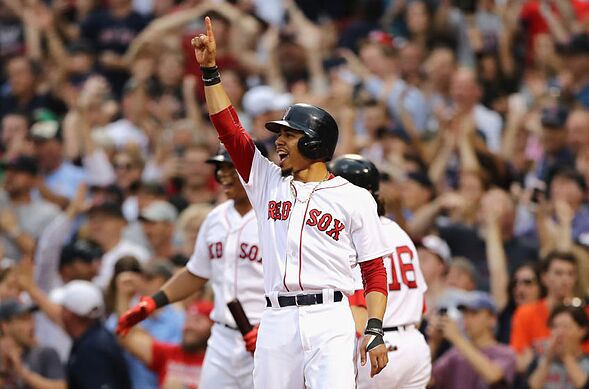 But just how long can this team keep this going?

It’s no secret that the New York Yankees have been hot on Boston’s tail all year long and even held a lead in the American League East for a period of time. The Yankees currently lead the season series 5-4 after winning 2-out-of-3 in the last series in New York.

Luis Severino is arguably the best pitcher in league right now and is only getting more dangerous. Experts are already calling him the Cy Young winner of 2018, which are some big shoes to fill for someone who is only 24 years old. While it would not make him the youngest to ever win, it would certainly be a major accomplishment in his very young career. With all that power in the Bronx, they might be the most legitimate threat to the Red Sox chances of winning a division title this year.

Of course we did not forget about the Astros. They are always a force to be reckoned with, especially when they are leading the league in almost every pitching stat. They are holding teams to 2.9 runs per game while averaging 10.5 strikeouts per game as well.

They may be the hottest team in baseball and seem to be team that might not be just a flash in the pan. The only issue the team seems to be having is last years ace, Dallas Keuchel, is not performing at the rate they are used to. He is currently 6-8 with a 3.95 ERA. The good news for Houston is he is the only pitcher who is struggling. The other four are a combined 39-11 with a 2.22 ERA. If Keuchel can find his groove after the All-Star break, there is no telling how hard this team will be to compete with.

It will certainly be a close race between these three this year and one thing’s for sure: this may be the most exciting ending in the American League that we have ever seen.