With baseball approaching the All-Star break after months of records being broken, division races heating with up, and tempers flaring, it seems this season couldn’t get any more exciting; except that we still have the trade deadline to come, and this season could prove to have some of the biggest moves we’ve seen in recent years.

Landing Manny Machado would be a dream come true for most teams, but how quickly could that dream become a nightmare?

Machado is probably the most sought-after trade in the majors right now, but not very many teams are willing to give into Baltimore’s high asking price. With all the recent rumors, Machado has been trying to stay focused on just baseball. “Everywhere, I see it’s just Manny, Manny, Manny. It kind of gets a little distracting at times. But it’s just a matter of just trying to let it all out.”

Recent developments put the Dodgers and the Brewers at the helm of this trade as the only serious franchises negotiating.

The Dodgers are in much need of a man of Machado’s skill after they lost Corey Seager to Tommy John surgery this year. Although, back-up Chris Taylor isn’t really struggling. He’s currently batting .259 with 10 home-runs. Luckily for Los Angeles, Taylor is also a utility player, so they can still have Machado play at shortstop and use Taylor’s skills at many other positions.

The other issue L.A might run into is Machado is not set on signing an extension with any team. The unfortunate reality might be that they may only get the rest of this season with him. That doesn’t necessarily discourage them because the Dodgers are just one or two key pieces away from being right back in the World Series. 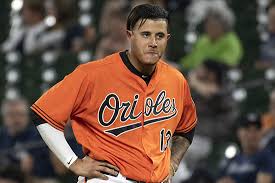 The Brewers are an entirely different story for everyone involved. They are not a big market team. They do not have the history that the Dodgers have. So what makes them contenders in such a blockbuster trade?

Milwaukee may not have a deep farm system like the Dodgers do, but they have a roster that is loaded with versatile talent. It is rumored that they may be shopping two minor league players along with Keon Broxton, Orlando Arcia, or Domingo Santana.

This would certainly shake things up in the NL Central, as the Brewers have been in a tight race with the Cubs all year. The Cubs currently lead the season series 8-3 with eight more games to be played this year. It’s not crazy to say that with the acquisition of Machado, the Brewers could sweep the remainder of the season series. It would be even easier for an already talented Brewers team to take complete control of that division.

Acquiring Machado will bring much needed life to the shortstop position, which combined on the Brewers roster is boasting a whopping .201 BA. 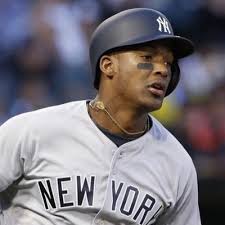 The only place it doesn’t make sense for Machado to go is the Yankees (queue booing from the Brox). The Yankees could not be more set up for success in their infield with the young talents of Didi Gregorius and Miguel Andujar. It would be tough for the Yankees organization to make everyone happy in this scenario, and might create many more problems down the road. They may have money to spend, but they should spend it somewhere that would potentially set them up for success.

Yankee pitchers have been lights out this year behind Luis Severino. The young ace is currently 14-2 with a 2.12 ERA and shows no signs of slowing down. There just seems to be something missing from that rotation.

While Severino and Sabathia are producing at an exceptional rate (20-6, 2.73 ERA combined), Sonny Gray and Domingo Germán are not really pulling their own weight. The two pitchers are a combined 7-11 with a 5.46 ERA. So it looks like the Yankees are in need of someone who can bolster the bottom of their rotation.

Enter JA Happ. The 35 year old lefty pitcher is 10-5 this year with a 4.44 ERA on a struggling Blue Jays team. Everyone in this scenario could possibly benefit from a fresh start. 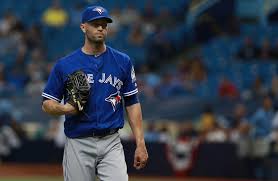 Trading Happ to the Yankees will benefit everyone. The Yankees have one of the best farm systems in the league, and it is almost guaranteed that the Blue Jays won’t settle for anything less than a few of those prospects.

The Yankees also gain another pitcher to compliment the top two they already have. That may also change the course of the American League race permanently. It will be very difficult for a team like the Red Sox or the Astros to get through a 1-2-3 punch of Severino, Sabathia, and Happ. It seems that the Yankees would finally take over after acquiring Happ.

Last but not least, who could forget about that loveable moose? I’m talking about Mike Moustakas, of course. He has drawn a lot of attention from teams, but only two might be legitimate destinations for Moustakas.

Of course, the Yankees are in the mix. With one of the lowest payrolls in baseball right now, they have money to burn. While they don’t need Moustakas with Bird and Andujar already manning the corners and Stanton at DH, but it would never hurt to add a veteran player to take over one of those roles in the field. It’s not likely the Yankees will make all these moves, but you never know what Brian Cashman has up his sleeve. 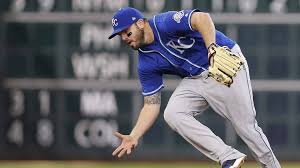 The other team showing serious interest is the St. Louis Cardinals. The only problem with St. Louis is they may not have a shot at winning the division, even with Moustakas. They are currently sitting 7 games out of first place, behind the Cubs and Brewers, who each continue to play better and better every week.

The only other issue with the trade would be, where would he play? They already have a stellar first baseman in Jose Martinez, who currently leads the team in batting average and RBIs. The only possible way would be to move Carpenter to second base, and that’s only if he’s willing to move.

No matter where these three end up, just know that they will make an immediate impact. Not only on the team, but also in making the divisional races even more interesting.