“With the 32nd pick in the NFL Draft, the Baltimore Ravens select quarterback, Lamar Jackson, Louisville.”

The Ravens traded up for the 32nd pick of the 2018 NFL draft. In exchange, the Philadelphia Eagles acquired the 52nd and 125th picks alongside an additional 2019 second-round pick. The selection of Lamar Jackson came with mixed feelings. Some were pleased whilst others were still skeptical about the 2016 Heisman Trophy winner.

Despite the mixed responses, the Ravens were in need of a quarterback to succeed Joe Flacco. Entering his 11th season, Flacco will be looking to have a bounce-back year after a 3-year playoff drought, regardless of the Ravens selecting a quarterback in the first round.  Apathetic performances have affected Flacco since the departure of former offensive coordinator, Gary Kubiak. Flacco has thrown a total of 40 interceptions from 2015 to 2017 – averaging one INT per game out of the last 42 games he has played.

Some may argue that Flacco’s performance issues were due to the offensive play calling and the recent injuries he suffered. For example, Flacco suffered a torn ACL and MCL week 11 in 2015 and was also diagnosed with a back injury during training camp last year.

Nonetheless, Flacco managed to surpass 4,000 passing yards for the first time in his NFL career in 2016. It was of no surprise, however, as their former offensive coordinator, Marc Trestman was known for having a pass-heavy play style. The Ravens finished the 2016 season with only 367 rushing attempts which were the third lowest in the league.

Leading up to the 2017 draft, several teams and coaches had advised Lamar Jackson to convert to wide receiver because they thought he would be better suited at that position instead. The Ravens have no plans of converting Jackson to WR as of current and are speculated to utilize Jackson in certain packages on offense (possible trick plays). The rookie threw a total of 69 TD’s and rushed for 50 TD’s in his three seasons at Louisville and has been regarded as a Michael Vick 2.0 by some.

Lamar Jackson has shown the capability of hitting home run plays, for example, against Syracuse: Louisville vs Syracuse Highlights. Some analysts do have concerns over his throwing accuracy and size, believing he needs to bulk up in order to prevent injuries as a dual-threat quarterback. 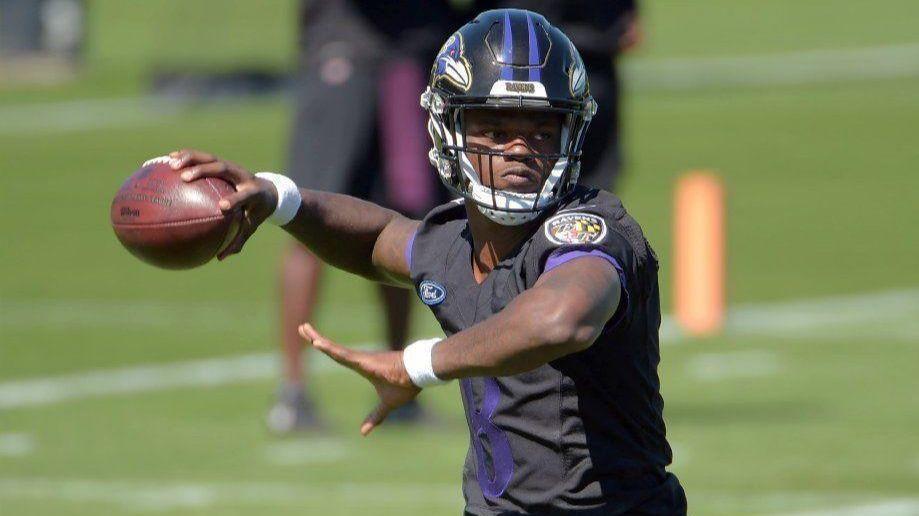 It is difficult at the moment to determine whether Lamar Jackson will prosper or whether he could be a bust. Jackson has not played a single down in the NFL yet. As of current, I would personally compare him more so with former Raven’s backup QB, Tyrod Taylor.

Even though both Jackson and Taylor have shown a great rushing ability, their ability on playing quarterback at an NFL level was questioned by analysts when they entered the draft. In the last few seasons, Taylor’s passing skills and his ability to read all his progressions has been scrutinized by some. To compare with Jackson, some analysts have highlighted the same issues currently seen with Tyrod Taylor.

The Ravens also signed quarterback Robert Griffin III as a backup to Flacco earlier this offseason. RG3 will look to mentor Jackson as he transitions from college football to the NFL. When do you think Lamar Jackson will make his debut appearance?

For advertising and sponsorship opportunities with The Game Changer Sports Network please contact Jake at Jake.Jollymore@gmail.com.

One thought on “Lamar Jackson: Boom or Bust?”