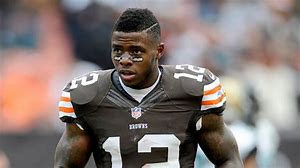 It was known over the weekend that the Josh Gordon era in Cleveland was coming to an end. What wasn’t known, however, was how it would come to fruition.

The Browns could have either released him, receiving no compensation for him, and let him decide his next landing spot, or look into some trade options. Cleveland chose the second option and ended up trading the WR to the New England Patriots for a 5th round draft pick.

Whether Josh Gordon is worth more or less than that is up for debate. Some might think he has the talent to be a top 5 WR in the league, and with Tom Brady now being his QB, his full potential should be revealed. New England automatically upgrades with this trade. They lose out on a draft pick, but now have Rob Gronkowski, Julian Edelman, who is returning from suspension in a couple weeks, and Josh Gordon, who was arguably the Browns WR1, catching passes from Tom Brady.

Cleveland doesn’t lose much either depending on how one looks at the situation. Gordon was out for the better part of his career getting his personal life taken care of, so the Browns were more used to having him off the field compared to on it. The still have some talent on the offensive side in Jarvis Landry and Carlos Hyde.

It will be a couple weeks before we can tell who really “won” this trade, but all in all, I feel its a good move on both ends. It will be exciting to see just what Gordon is made of going forward.